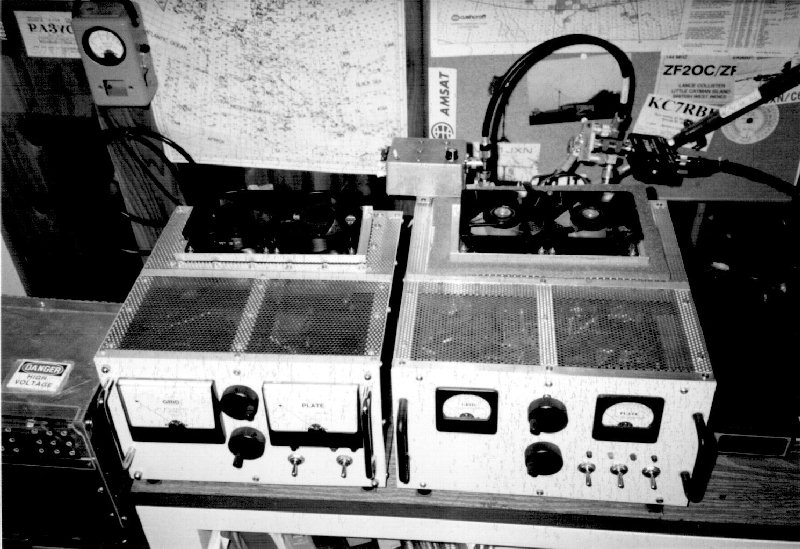 8877 Amplifiers at W7GJ (2m, left and 6m, right).  Notice the high volume "muffin fans" mounted on top of the amps to "suck" air out of the final compartments, thereby reducing back pressure on the blowers and increasing air flow through the tube. 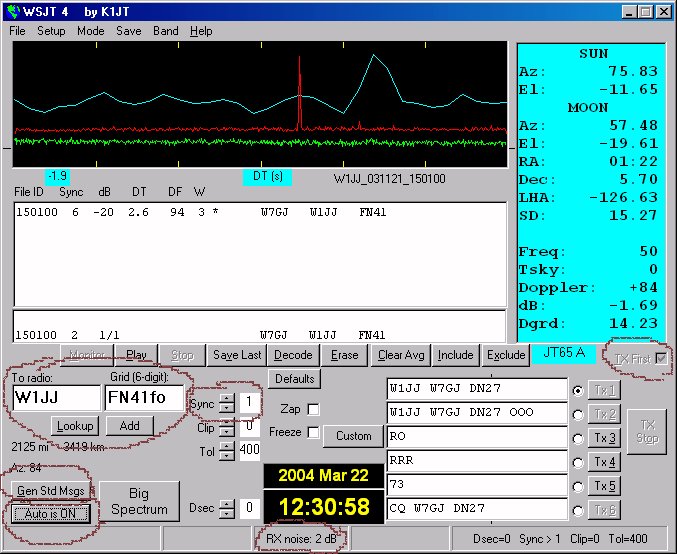 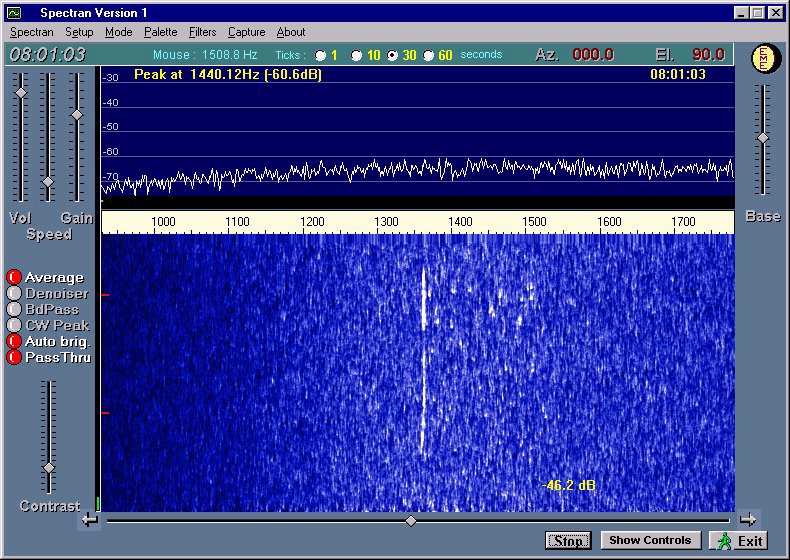 Above image shows JT65A callsign message being sent from W1JJ.  The strong sync tone clearly shows where the signal is, and where the narrow JT65 "FREEZE" filter safely can be set.  Usually, most signals that can be seen on Spectran are detected by JT65 .  JT65 signals weaker than -20 dB are usually not heard in the speaker; background noise level for JT65 is usually -33 dB.. 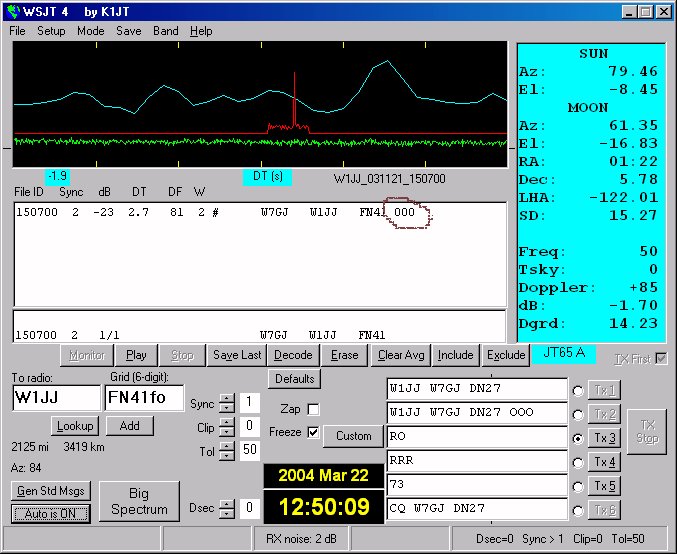 Receiving reports from W1JJ.  Note that the calls contribute to the lower AVERAGE window, but the OOO reports are only shown in the upper window. 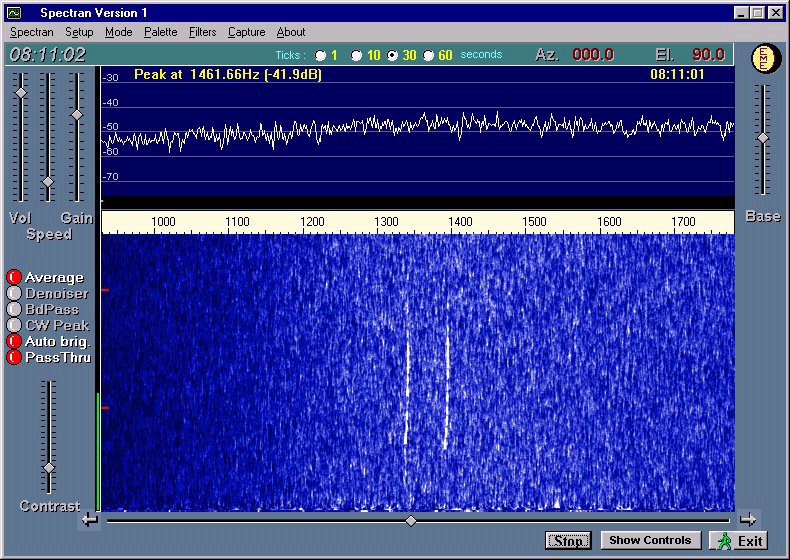 Spectran display of RO being received from W1JJ on JT65A mode. 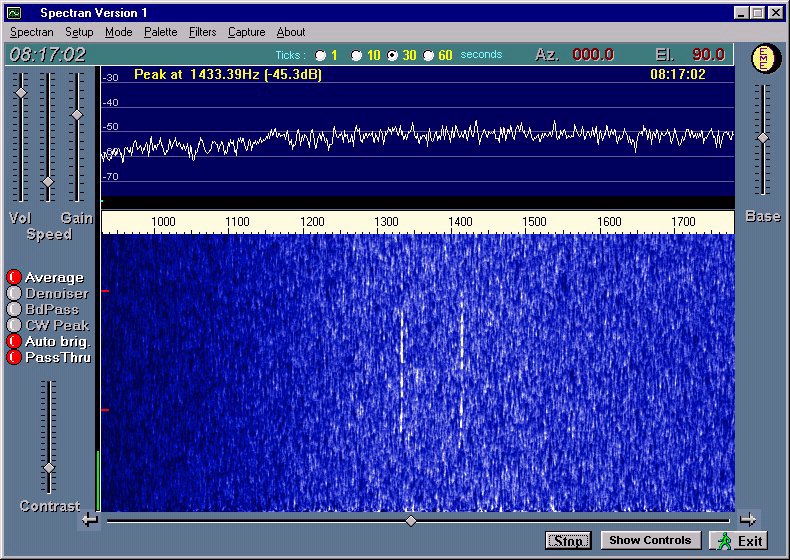 Spectran display of RR being received from W1JJ on JT65A mode. 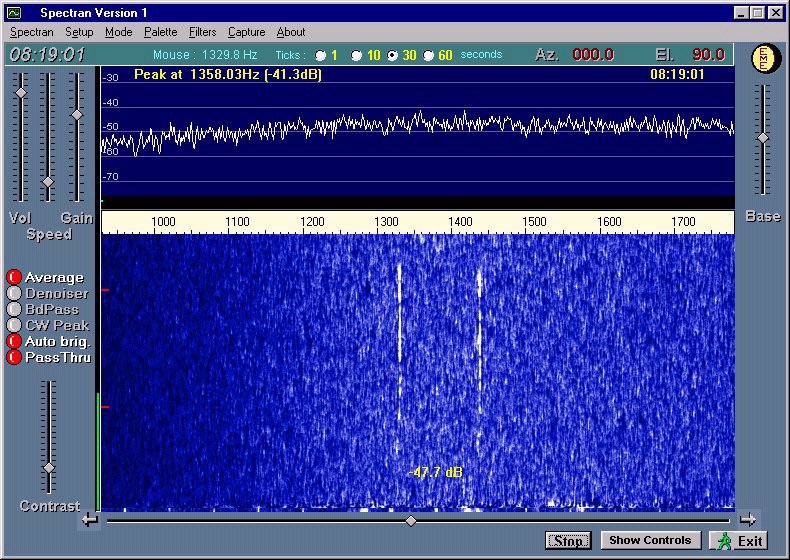 Spectran display of 73 being received from W1JJ on JT65A mode. 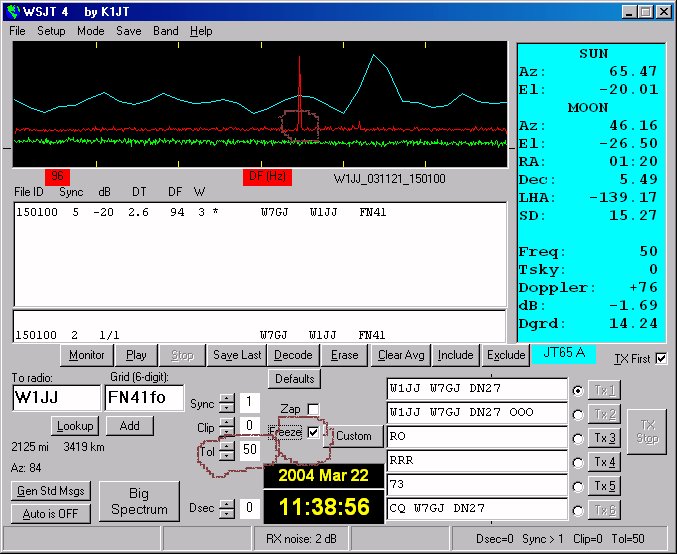 The above image shows setting up a FREEZE filter with a TOL of 50 Hz after clicking on the spike in the red line.  Note that no filter had previously been used to receive the signal. 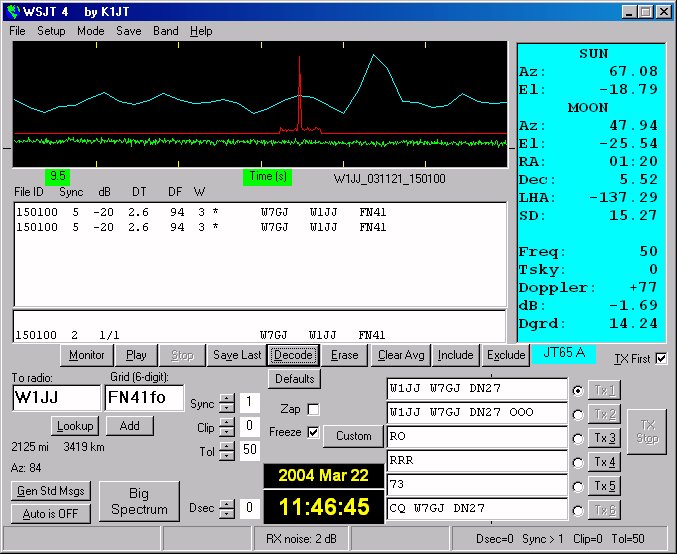 The above image shows the signal decoded again with the FREEZE filter set up. 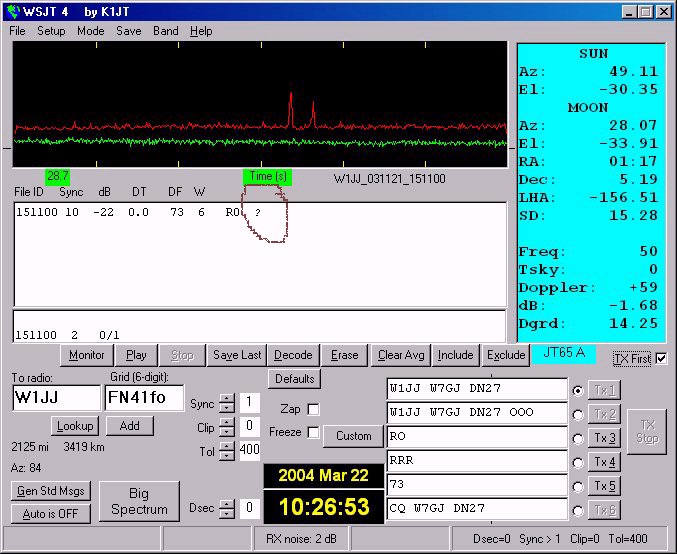 Receipt of RO from W1JJ without FREEZE filter activated.  Note the "?" after the message. . 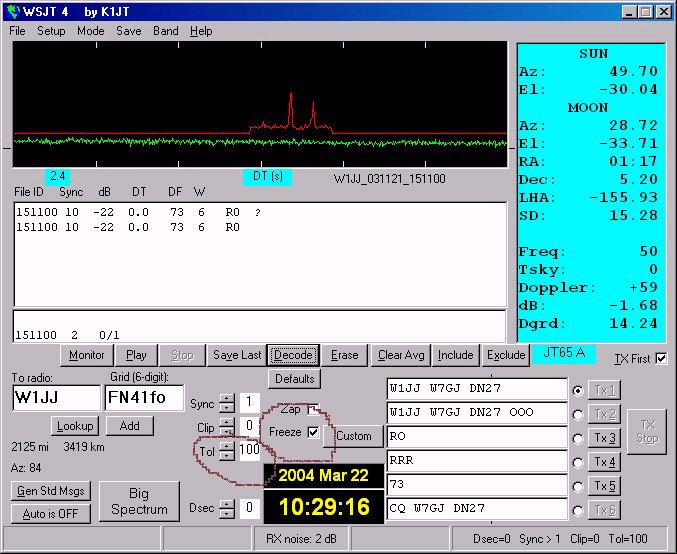 Receipt of RO from W1JJ re-decoded  with FREEZE filter activated and TOL set to 100.   Note "clean" RO message and the meaningless DT for the shorthand message.

Since the above page was prepared, a newer, much improved version of JT65 was developed and included in the latest version of WSJT.  A "quick setup guide" for using this improved version on EME can be found at:  http://www.bigskyspaces.com/w7gj/JT65.pdf  Hundreds of single yagi stations have been making successful 6m EME contacts using the powerful mode of JT65A.